Mission 7. Captain's log. Almost lost the plane and entire crew! Our mission was to bomb V2 rocket launchpad near Calais. We managed to bomb it to oblivion. The flak and enemy fighters were pounding our fuselage and engines hard as soon as we turned back. Enemy ace Felix Feder attacked and knocked out Cafe. For a brief moment we had only zlang's tailgun firing and Daego was busy fixing the wing (yes with parachute on his back) Mark and Amendeon had to rush to rear and help the situation there. We had only one engine left when we reached England, the rest dropped to channel sea. Idle was panicking and said we lost the battle, but daegolax kept the only engine running. Enemy fighters scrambled away and we were looking for the landing strip. We crash landed, but luckily the plane didn't blow up and we suffered only minor injuries. Good show! 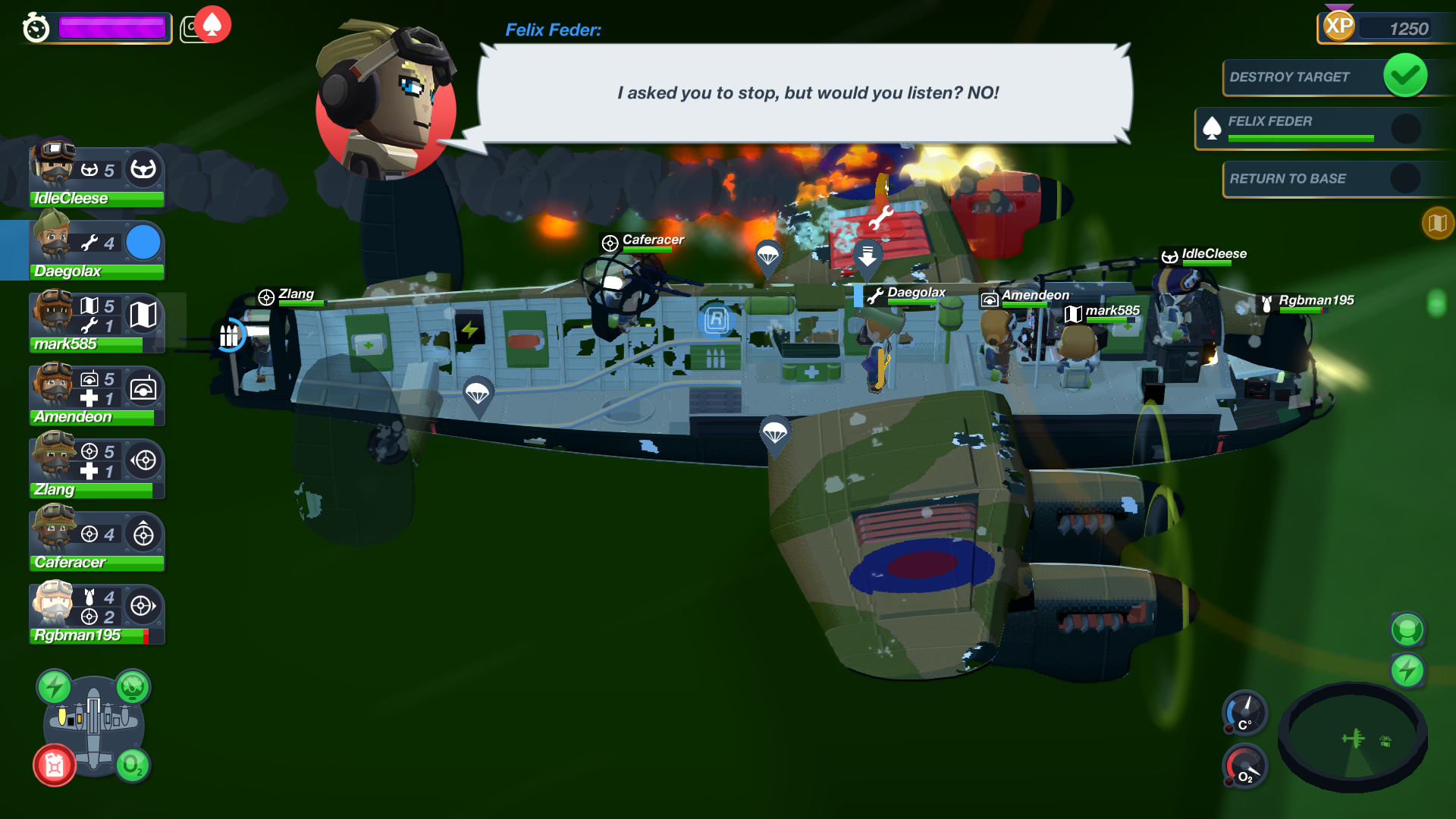 Daego takes wrech and puts on a parachute: "I go and fix the wing. Keep the plane in level". 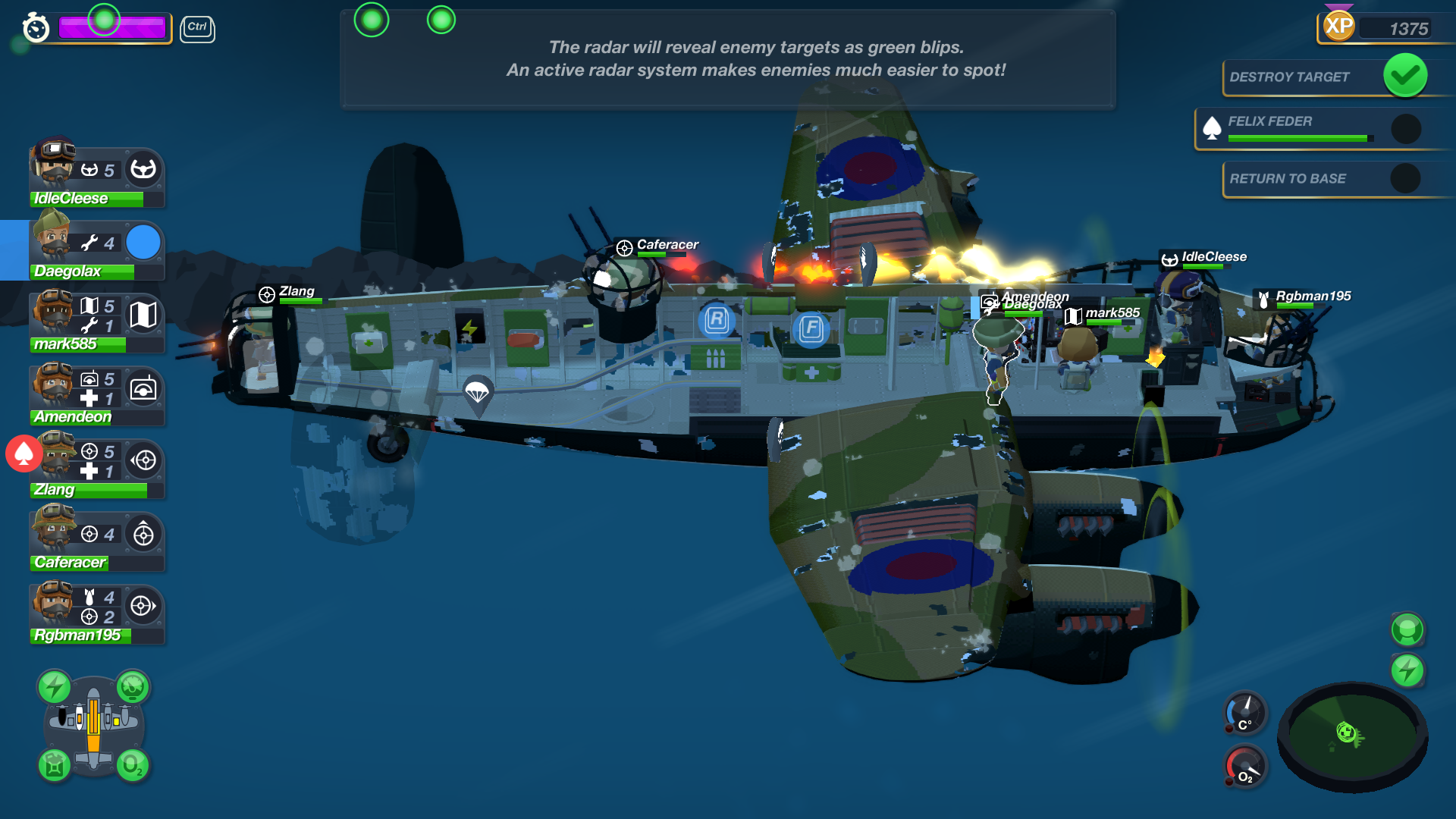 Engine's on fire! Two to go. 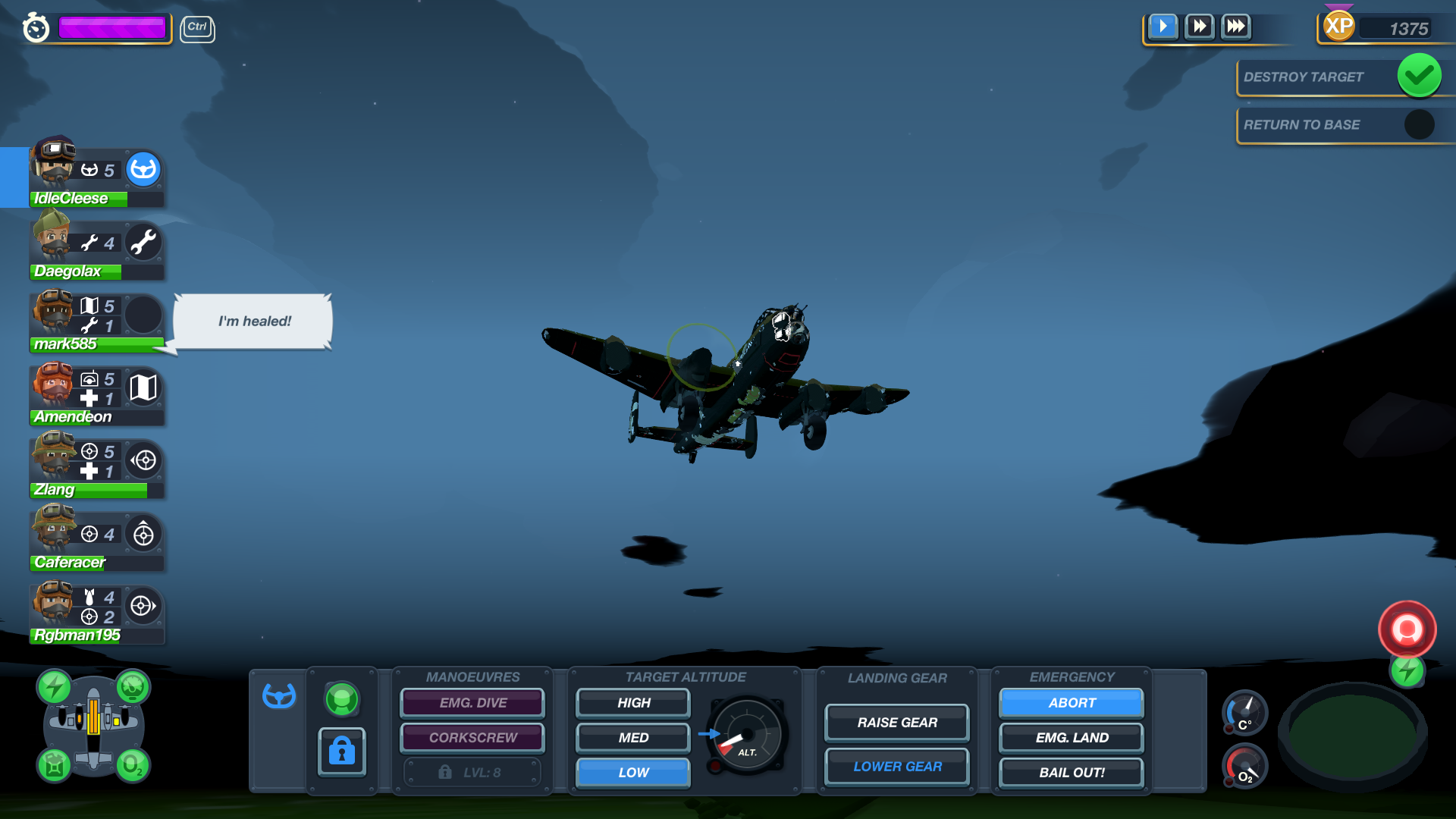 You lucky bastard, I suggest you to get best version of inflatable dingo and pigeon asap

Another tip; I see that you don't lock your pilot, there is lock button available only to pilot character and this prevents you to miss-click and move pilot away from pilot seat.
Top

Mission 8. Captain's log. We locked IdleCleese to his chair, so that he can't resign in mid-air and Daeqolax pocked some holes to our only parachute. (Note: in case of emergency should there be one for everyone?) So our mission was to bomb V1 launchpads along the French coast, five of them. Bombing went smoothly and enemy planes were kept in good distance. Our plane was in such a good shape that we decided to take recon photos and headed back to France. low altitude flak damaged our engines, but luckily our new better armored Rolls Royce Merlins didn't drop. Easy beasy and with some extra recon photo on film we returned to base. Success!

We earned some good amount of £ and bought a blue hat for Daeqolax, inflatable dingy and ventral turret. More firepower means that next time we'll shred Felix Feder to pieces. So that was mission 8: new stripe to our nose to mark how many successful bombing missions we have done 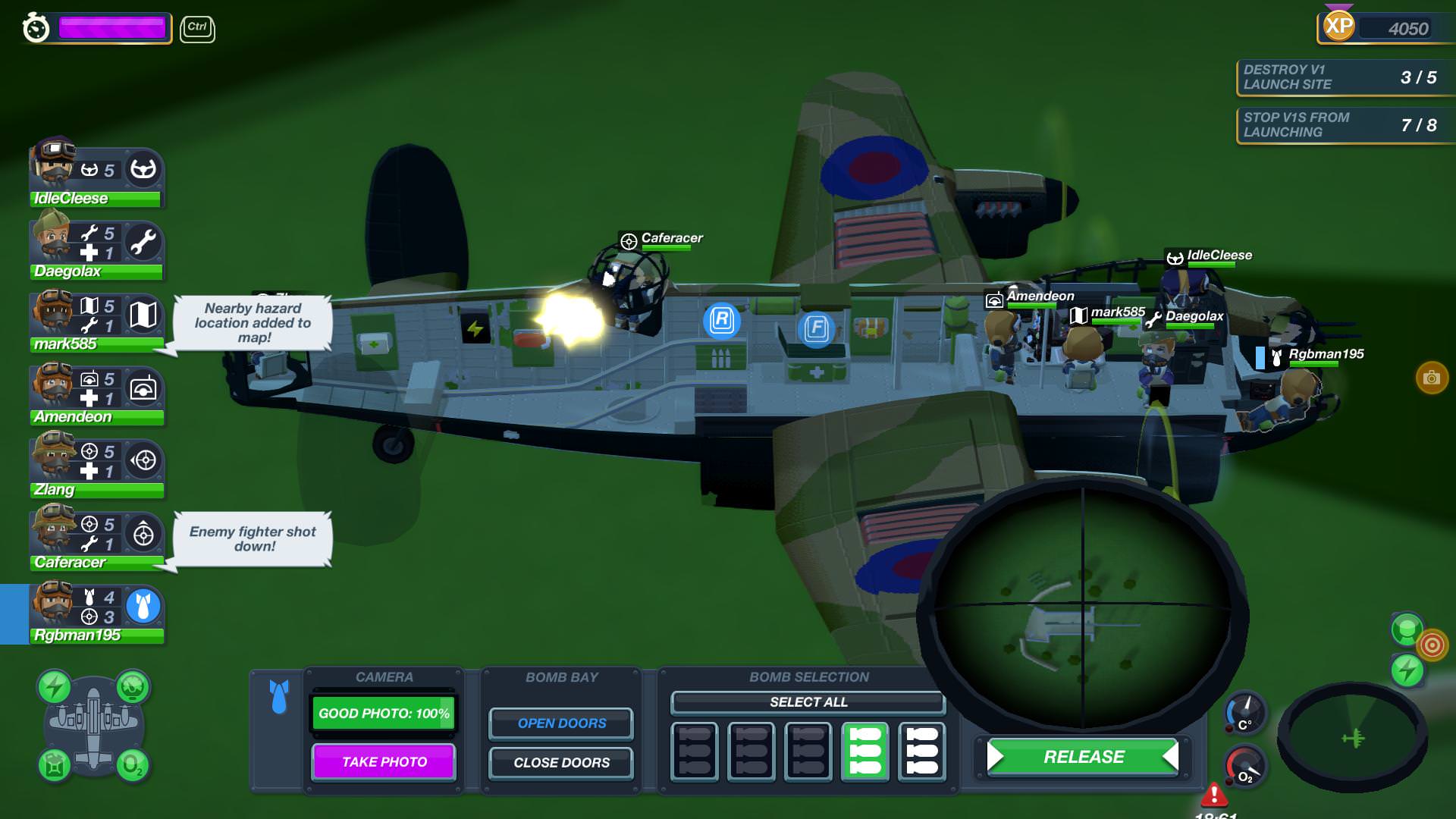 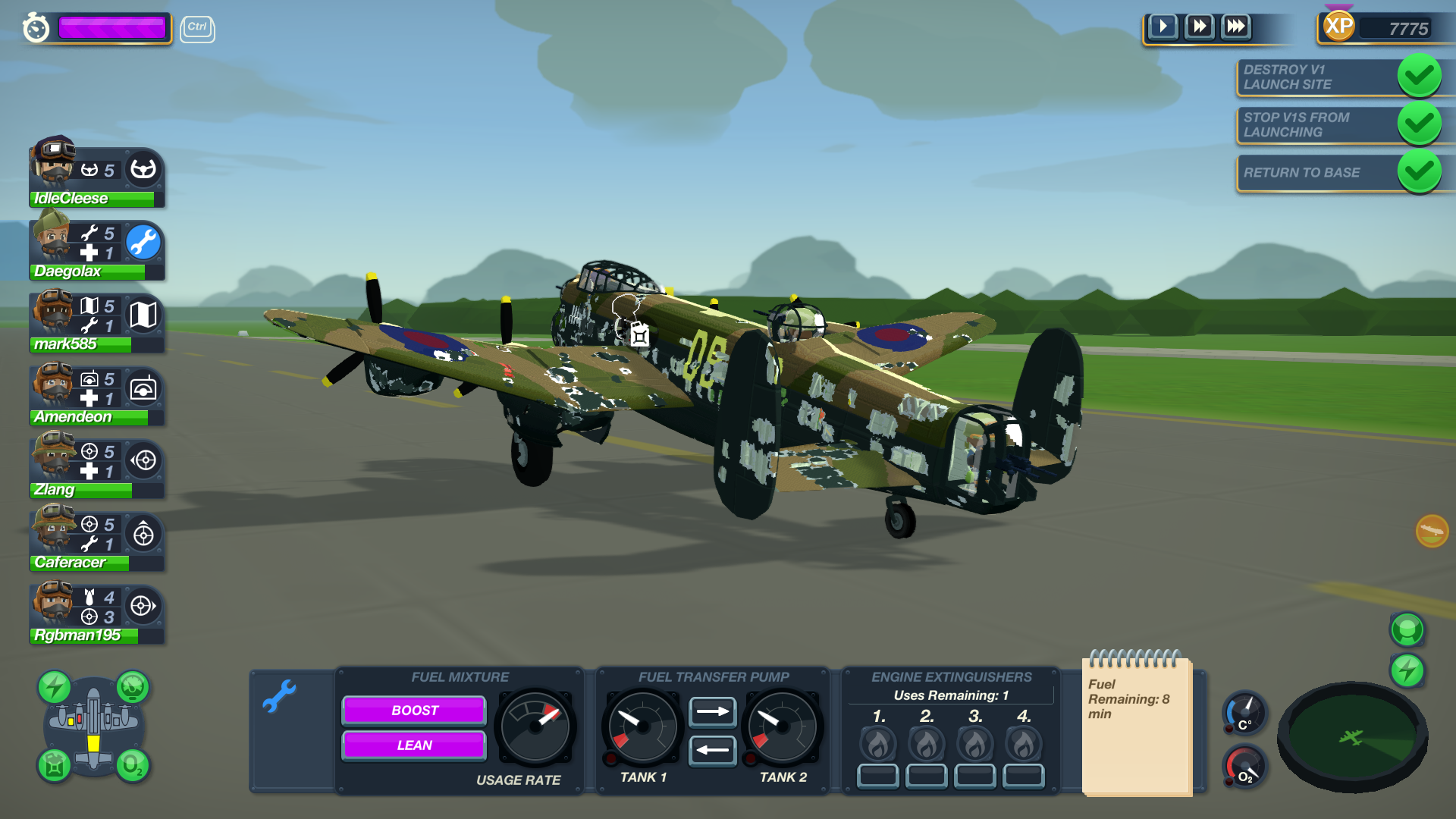 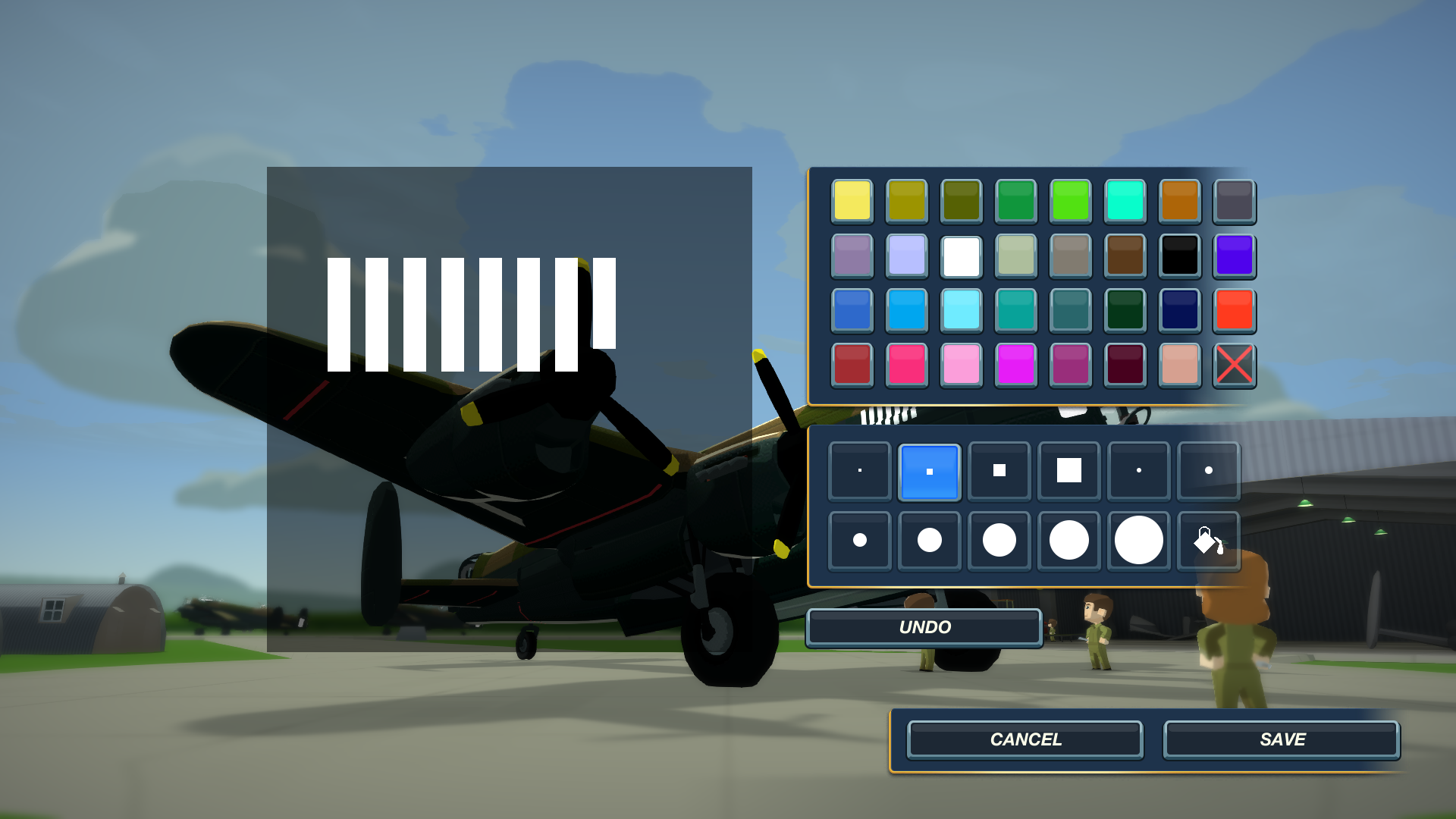 After debriefing mechanics paint new stripe to our Lancaster
Top

Mission 9. Captain's log. Our task was to bomb a factory near Zeebrugge or something. This flight of BD-003 will be long remembered. With a heavy heart I must do this painful duty and inform that Mark585, Daeqolax, Amendeon, Rgbman195 and zlang have been killed in action. We managed to bomb the target and take recon photoes, but then our plane was surrounded by squadrons of 109s and Felix Feder attacked -ofcourse. Daeqolax fell first and I ordered Amendeon from radio to go and heal him. Amendeon fell and I ordered Mark to go and help Amendeon, Mark got shot and then zlang and Rgbman as well. We were off course and Cafe was ordered to take the navigation and he gave us a new bearing. We flew as fast as we could back to England, but we landed too late! All our wounded died. Only Caferacer and IdleCleese survived this massacre.

some photoes from this horrid mission 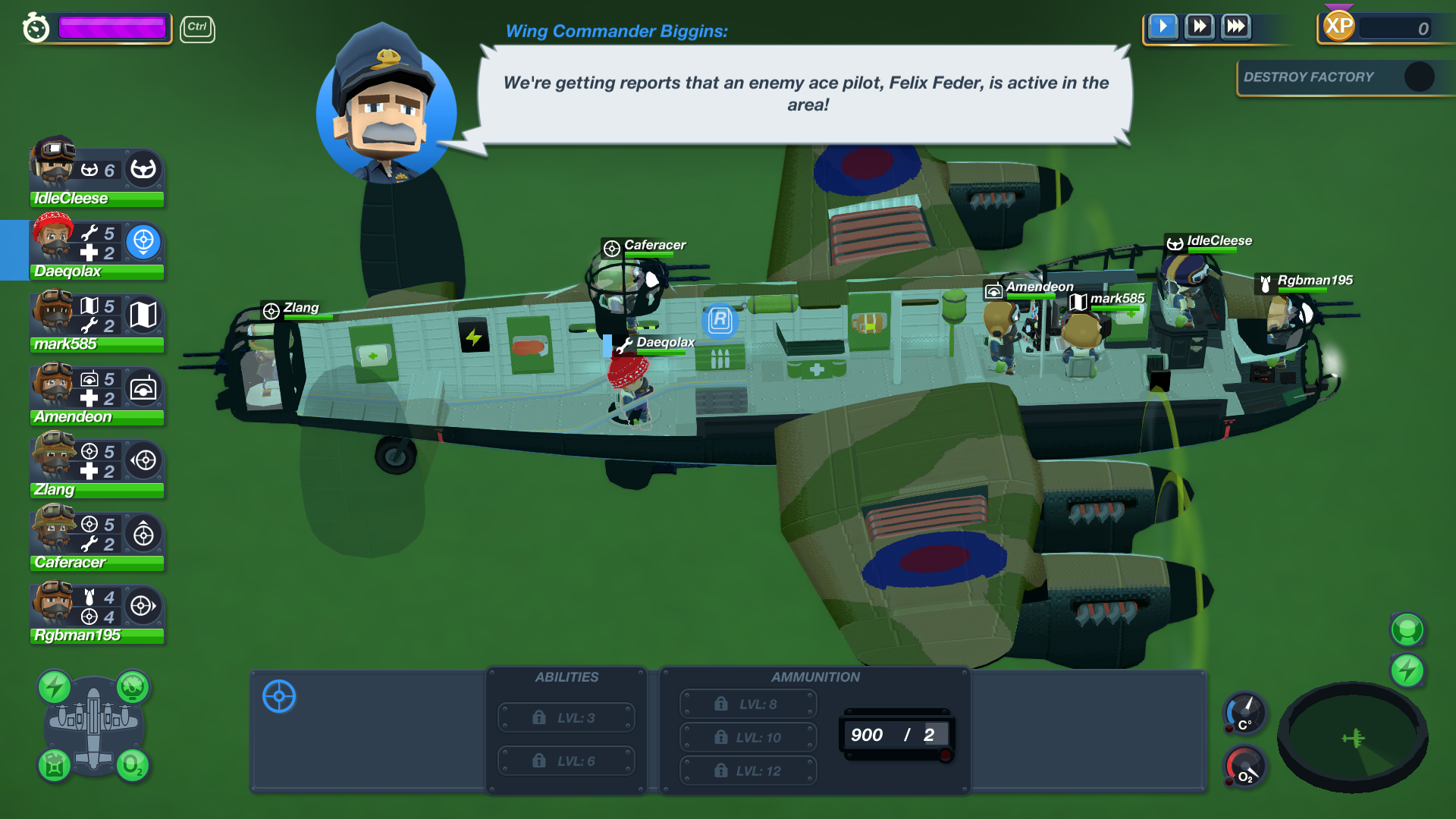 "That can't be good" 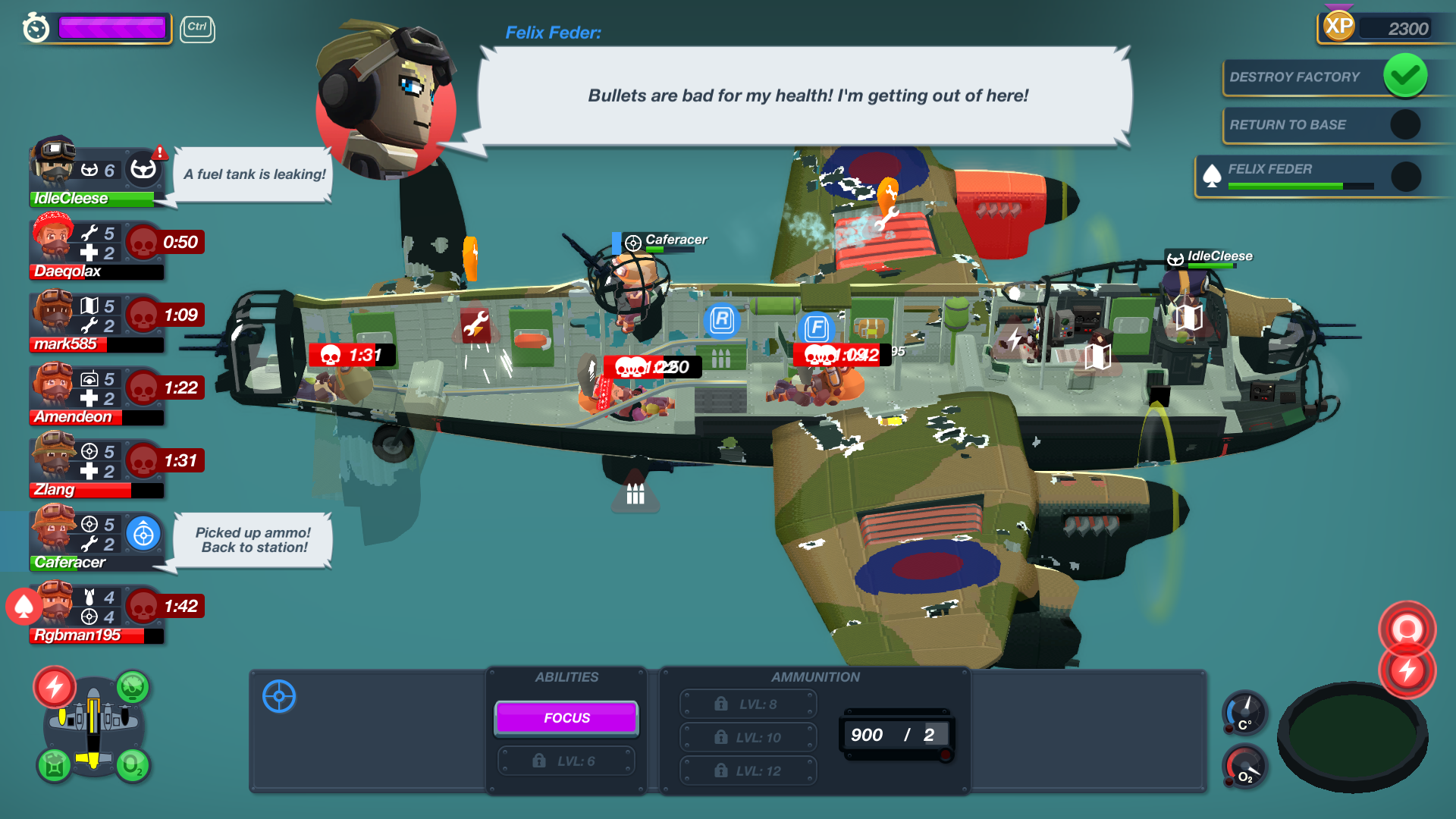 luckily Idle is locked to his chair, otherwise he would resign 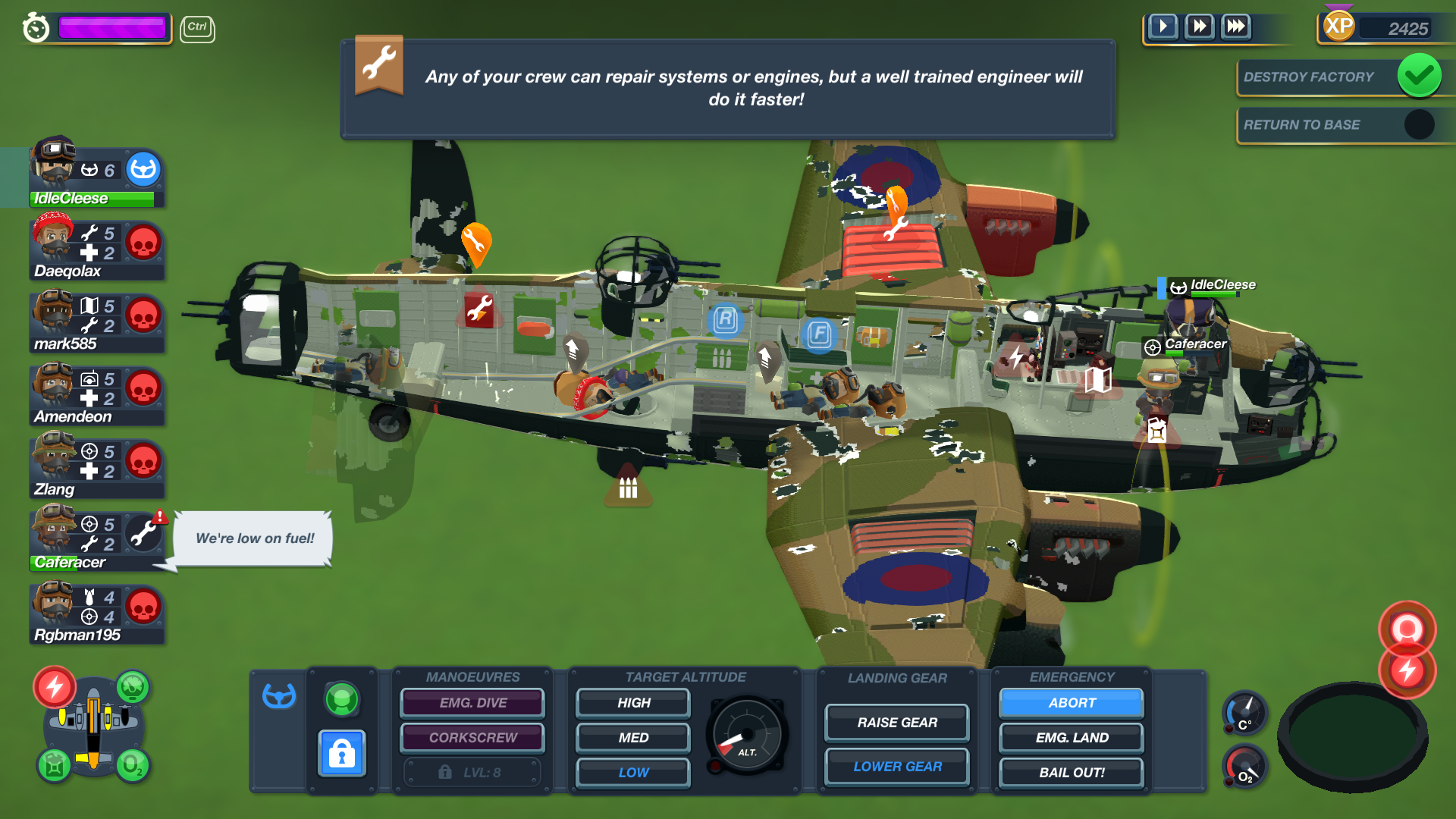 Cafe and Idle returning to base 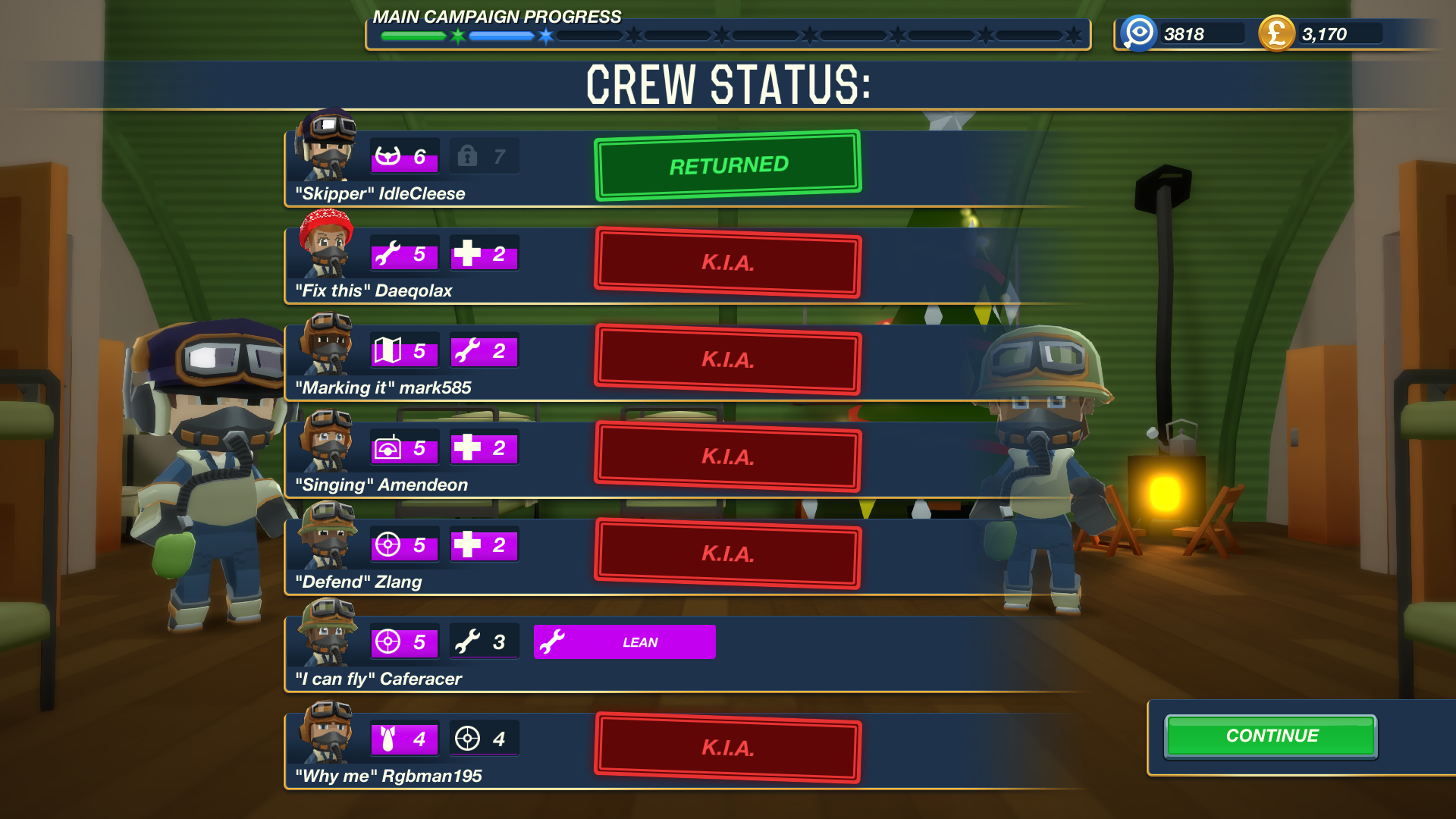 Mission 10. Captain's log. Simple bombing mission to welcome new crew members to DB-03. Skipper is still IdleCleese. Caferacer is now our trusty tailgunner. Matziti operates the top turret. Patton1995 is our bombardier. TinX143 takes care of navigation. Pirikitum on the Radio. Rurjevit is our engineer handyman who takes care of everything.

Rurjevit already showed his skills of engineering by fixing our faulty electrics and hydraulic systems. Matziti and Cafe both now have ammo-feed to their guns so no need to reload ever: -Felix Feder beware!

Smooth operation and everyone got some XP, soon our new members are as good as the old dead. 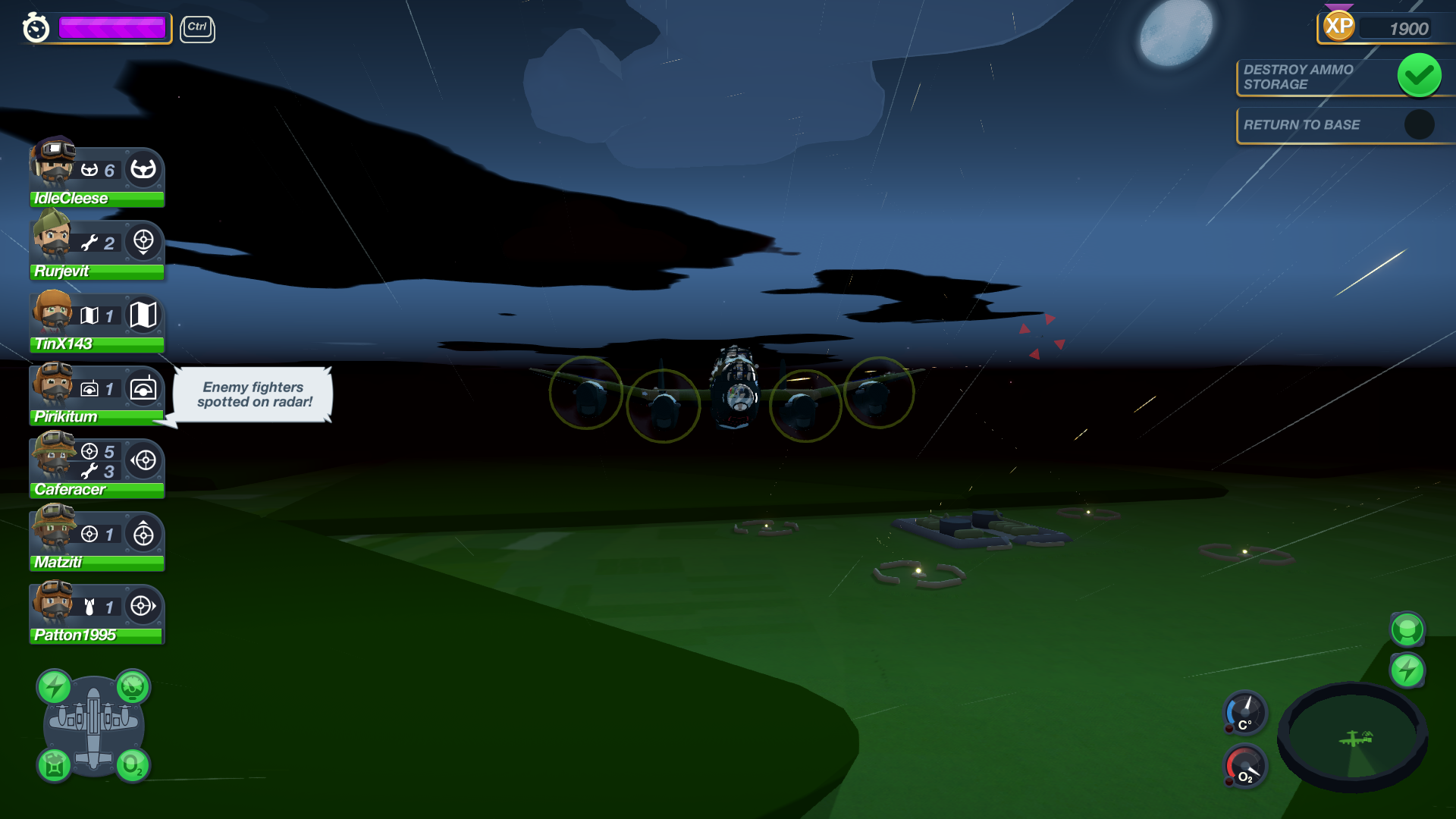 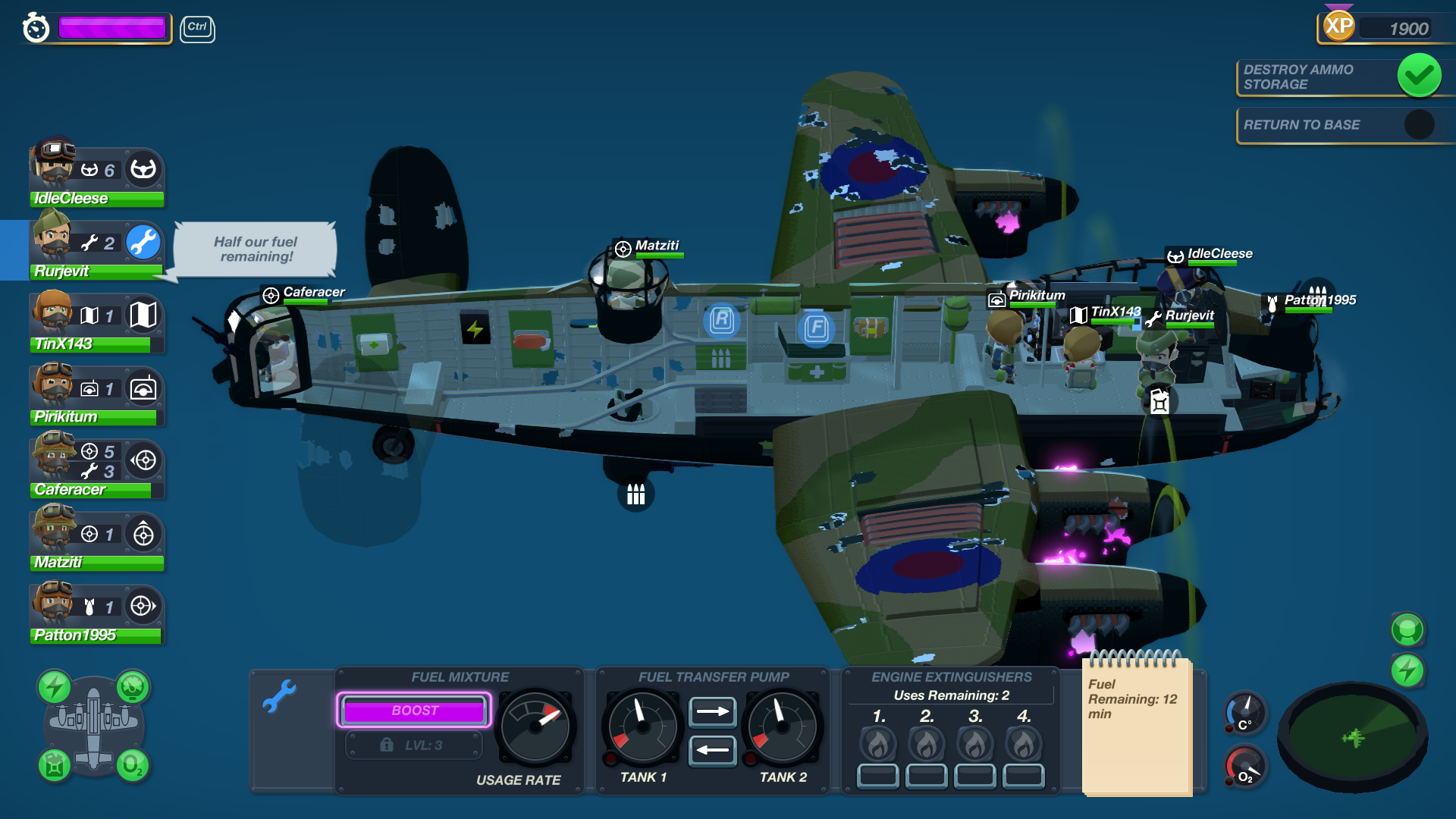 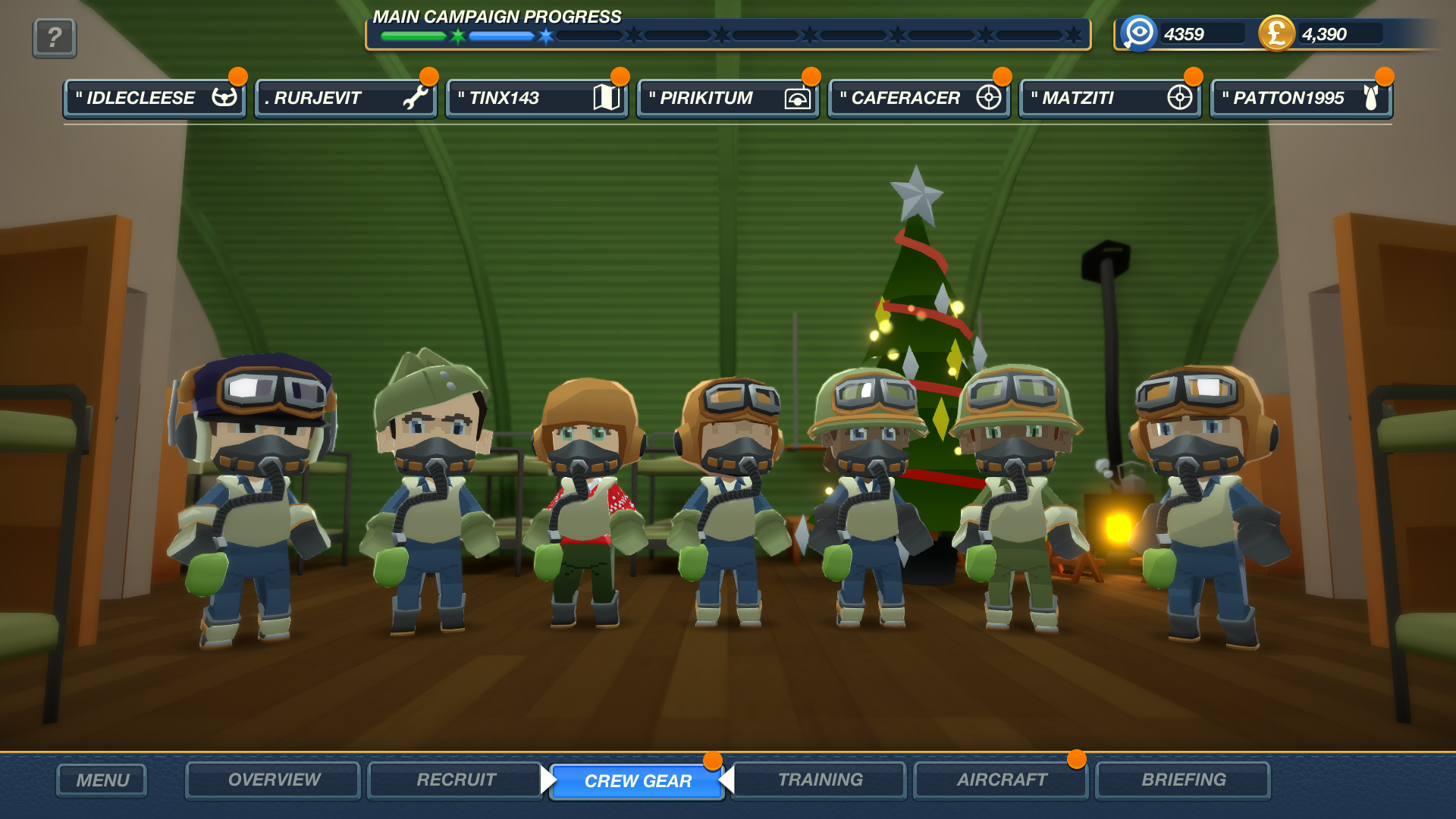 nice comeback, now pls level them up a bit before going for next critical mission.
Top

I will try to shoot as many as I can !!
Matziti's army:
213 command points at your service!
Top

Mission 11. Wing Commander's log. DB-03 has been shot down and it crashed into the sea. The plane was destroyed and no-one survived. DB-03 was sent to easy mission to bomb the tank factory near Bremen. On their way back I ordered them to take recon photos. After taking the photos they turned back to England and encountered an enemy fighter squadron that managed to shoot them down. Last radio chatter reveals that perhaps the pilot IdleCleese was shot, it would explain the sudden drop of altitude, or the last remaining engines were ripped off. The entire flight from start to grave was infested with technical difficulties. Electronics, hydraulics and oxygen kept failing. Hydraulic failure kept the mg turrets inoperable during the crucial moment over Germany. RAF admits that the plane was in poor shape for long distance flights and our green crew had hard times handling it. They finished their mission yes, but never returned to base. They will be greatly missed. 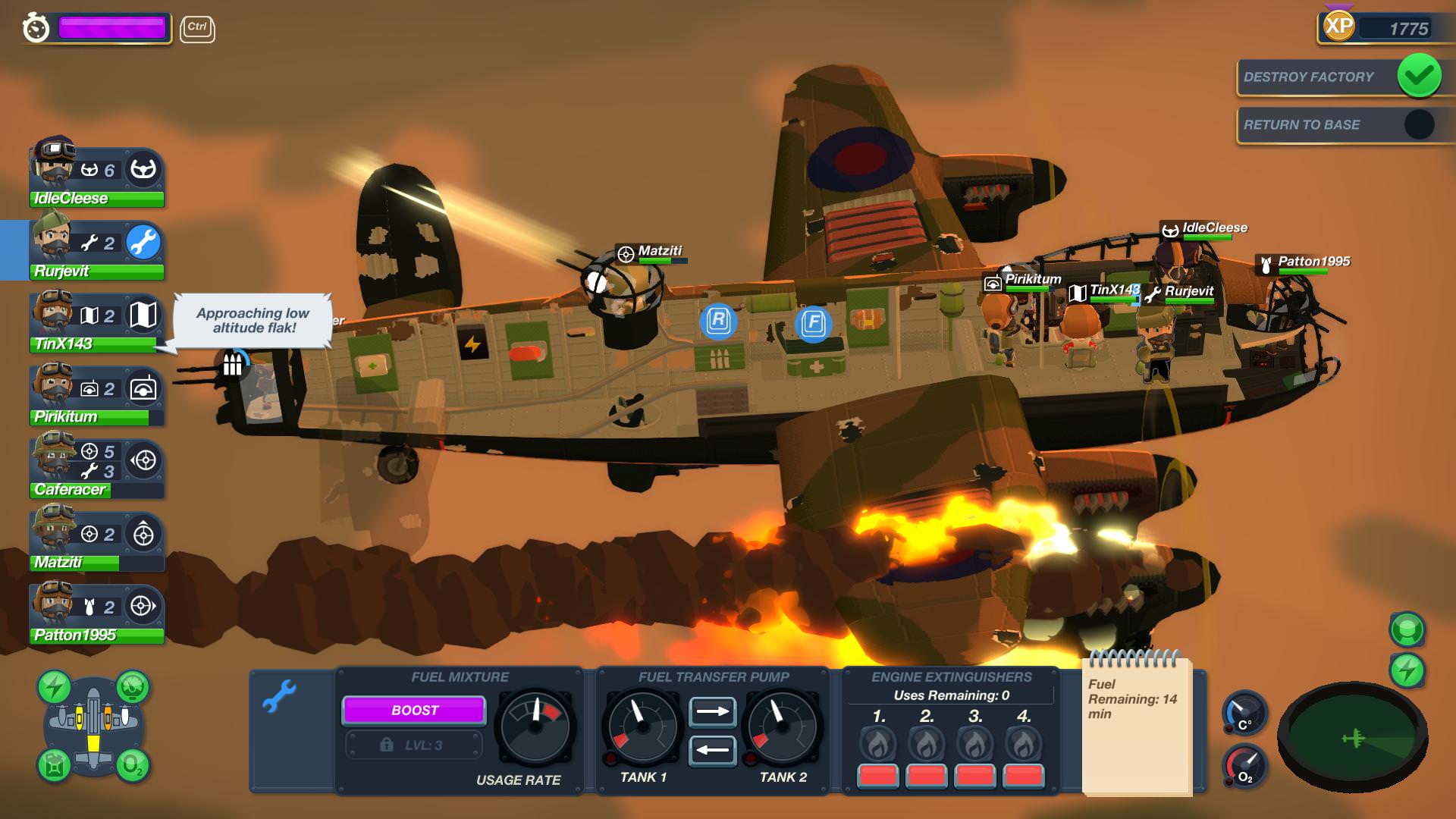 "Engine is on fire" 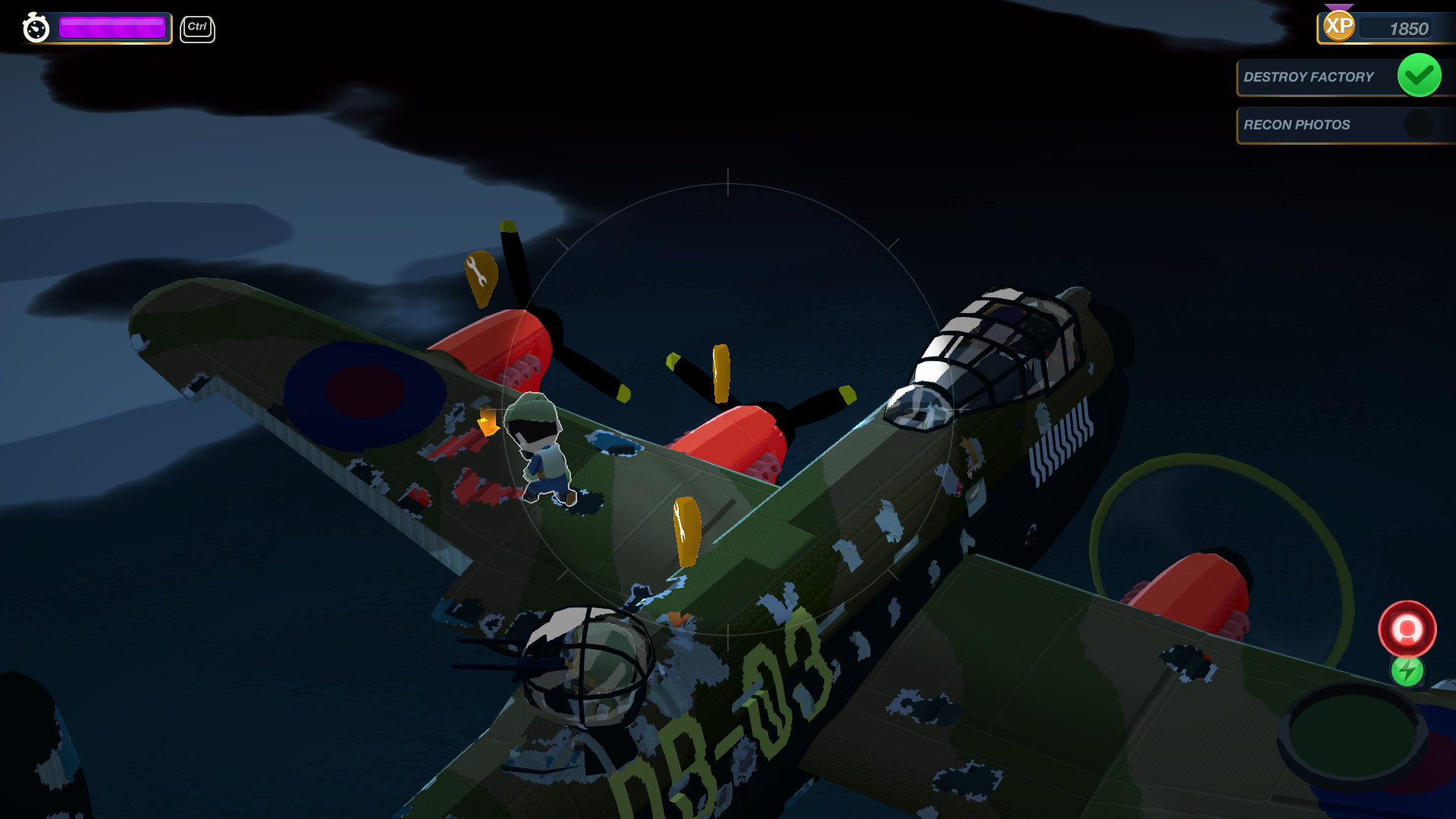 "Keep the plane level! Rurjevit went out without a parachute!" 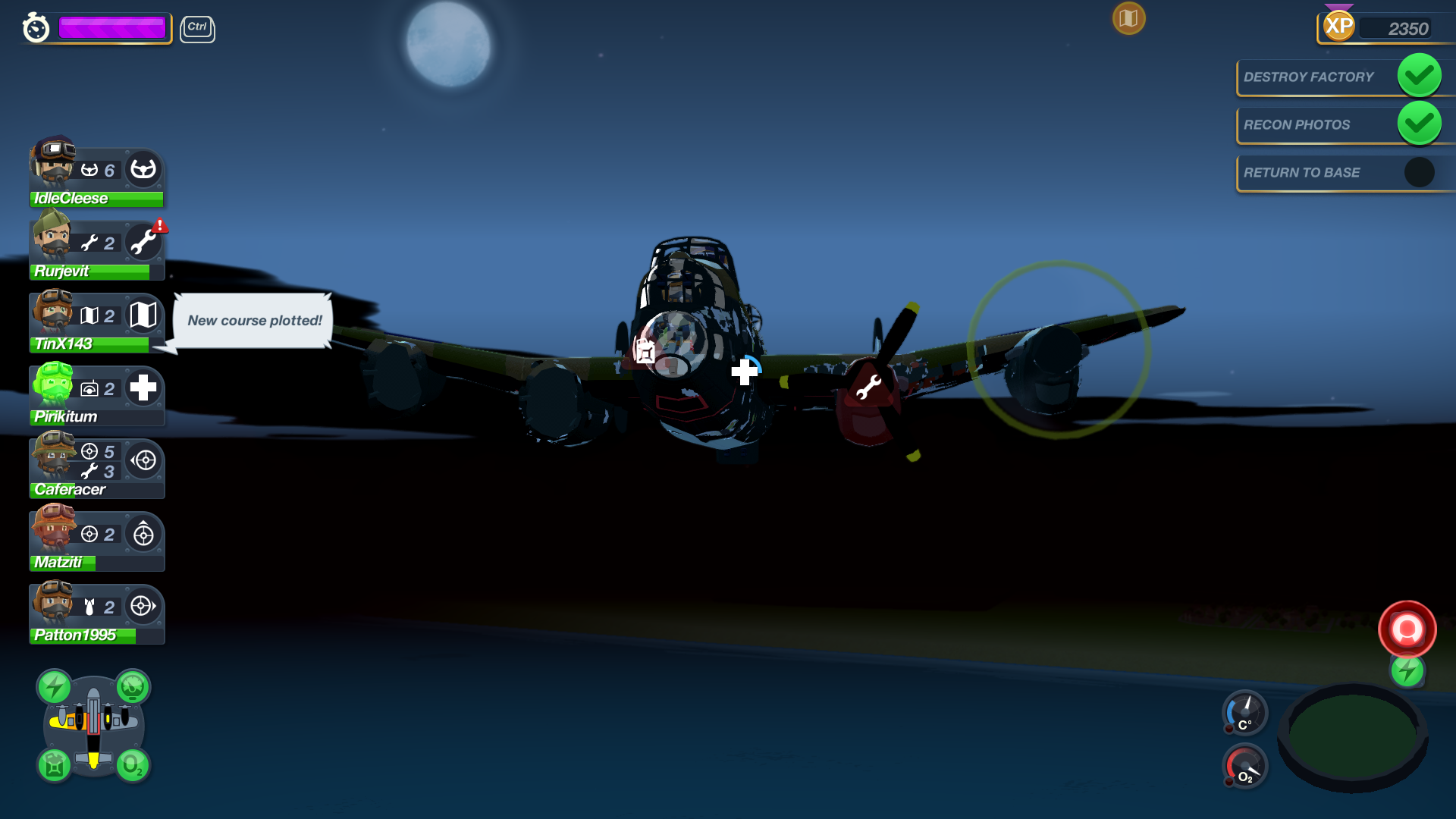 Last photo of DB-03 before it crashed mysteriously. Did enemy fighters kill our pilot IdleCleese or did the last engine fail? Was it the hull that finally cracked or what. We never know.

Here ends the Bomber Crew Stories. DB-03 finished 10 bombing mission that was the average life expectation of a Bomber Crew. We made mistakes and poor choices in the beginning when we should have leveled up during the chapter one's easy missions. Our Lancaster bomber was not fit for long flights to Germany, thanks to so many system failures. Our original crew was slaughtered and the new crew tried their best inside this rusty bucket. What happened to Idle and why did the plane suddenly crash on it's way back home?
Top

this game is pretty much difficult. I managed to finish only because 2-3 times I pressed Alt+F4 when things went totally bad.

Week ago I started my 2nd campaign, did everything correct but in one mission my plane was hit by incendiaries and my pilot run away from seat because it was on fire. Ofc, plane crashed and everyone got killed. I was on low altitude

It is important to develop right strategy if you want to make all the way to end. In beginning you must level up your plane and crew and pick critical missions only when ready. Mid game you should start to prepare your plane for high altitude flight, imo this is only way how to win this game. If you lose your pilot in high altitude flight then you still have enough time to equip parachutes and leave plane on time. On low altitude you simply can't do anything if your pilot is lost.

I am now playing new campaign, no Alt+F4, whatever happens I will accept and move on.
Top
Post Reply
Jump to
24 posts